As with humans, we should not judge cats based on their colour!

Black cats, faithful friends of witches, are victims of bias based simply on their colour. However, every person who has had a black cat knows very well that these bias are discriminatory and don’t fit with their magnificence.

We have chosen the month of October to celebrate all black cats. Even though cats are all equal, black cats are not popular according to adoption rates. Those bias, that have existed for centuries, have an impact on human behaviour towards black cats. However, these creatures also inspire positive beliefs, even if they are less popular.

All year long, but especially in October, we try to eliminate all the bias against black cats, to remind people that we should not judge a cat based on its colour.

The Black Cat Campaign is launched by BlackCat SEO, a leader of Web referencing in Canada.

BlackCat SEO participates in this long term campaign by offering services, financial support and actively supports this initiative since the beginning. BlackCat SEO takes this cause to heart very much, as its name shows.

SPA Canada and BlackCat SEO are joining their efforts during this month for the Fight against the discrimination of black cats to destroy the myths about black cats and encourage the adoption of these adorable companions.

Together, Let’s narrow the adoption gap for black cats! 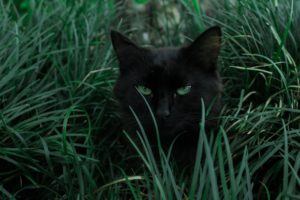